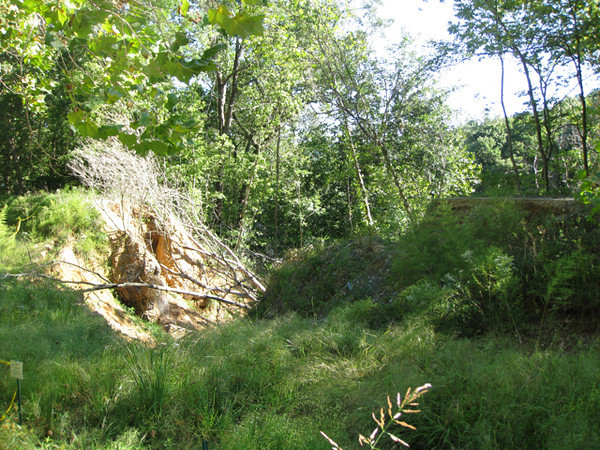 A section of the towpath was destroyed by a flood (photographed September 2009). This illustrates the type of damage that was repaired using TE funds in 1998.