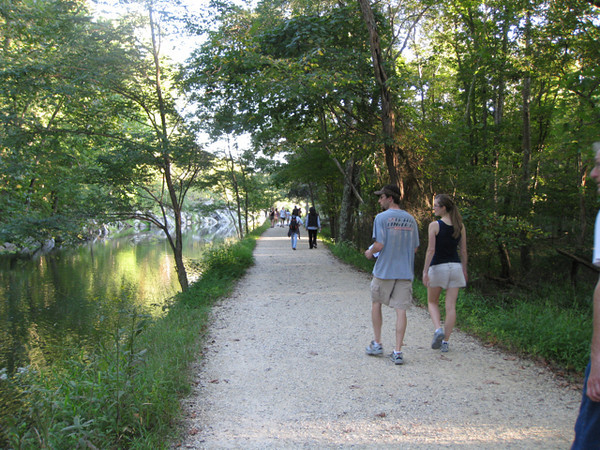 The canal bustles with visitors on the weekend near Great Falls, MD.