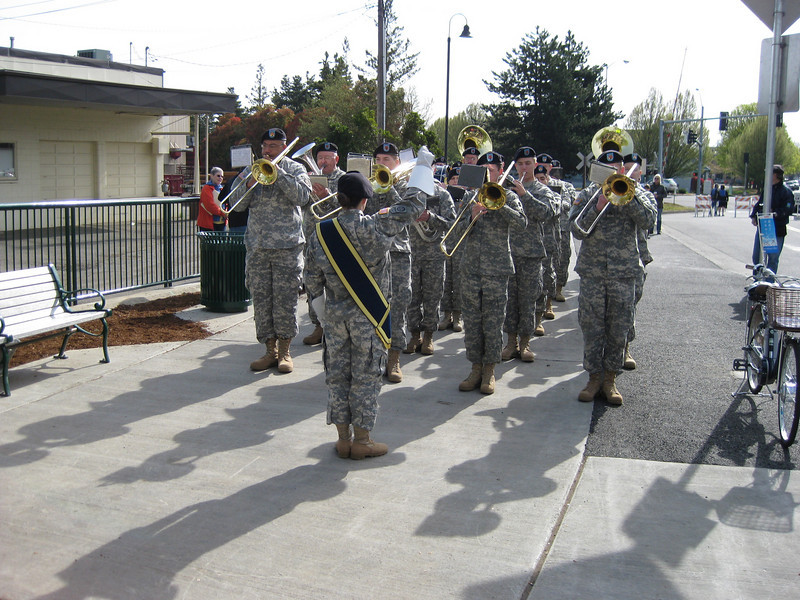 A band plays at the opening ceremony for the bridge.