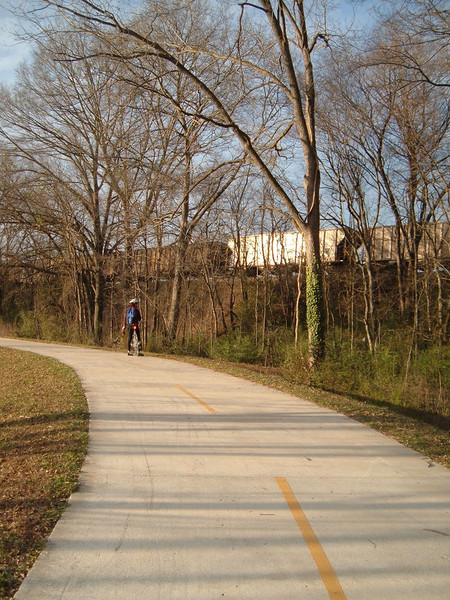 A portion of the Silver Comet is rail-with-trail