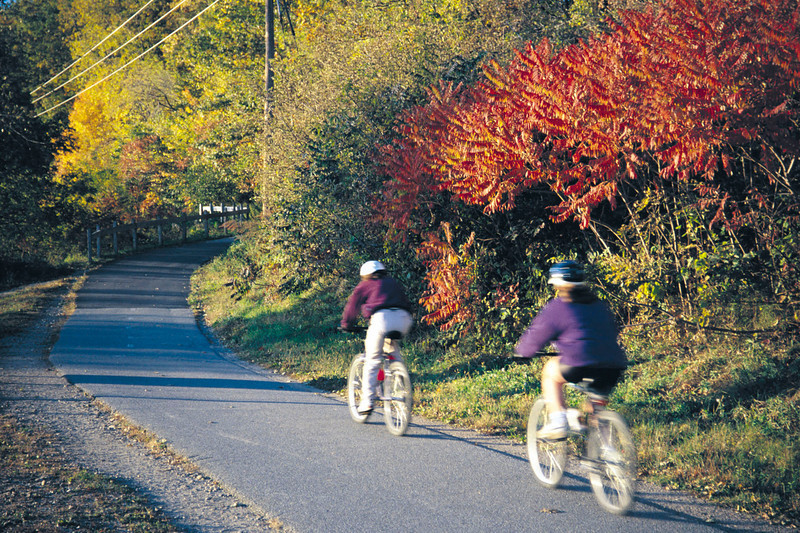 The bikeway during autumn. Photo by Brett Poirier.

The Burlington Waterfront Bike Path runs for 7.6 miles along the waterfront of Lake Champlain with spectacular views of the Adirondack mountains in New York and the lake itself. Running from the ECHO Lake Aquarium and Science Center to the Winooski River, the trail is used by an estimated 150,000 bikers, pedestrians, joggers, and in-line skaters each year.

The trail was originally used as a railroad for the Rutland and Burlington Railroad companies, and part of the trail still parallels an active rail line. The railway was used mainly to ship dairy products, but experienced a decline after World War II and was eventually abandoned in 1963. The conversion of the old railroad into a rail-trail began in 1973, and after lengthy battles in the Vermont Supreme Court between the City of Burlington and the railroad companies, the trail was finally completed in 1986. The project received $1,016,000 in TE funding, and the city supplied the additional $254,000 bringing the grand total to $1,270,000.