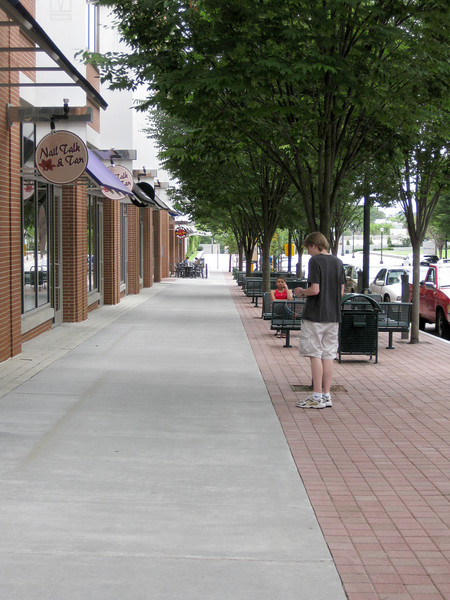 The Fifth Street Bridge over I-75/I-85 provides a direct connection between the Georgia Tech campus and Midtown, a bustling neighborhood in downtown Atlanta. In 2004, a TE grant of $350,000 contributed towards the cost of widening the bridge to include bicycle lanes, 24-foot sidewalks, and more than 30,000 square feet of lush green space. The federal contribution was leveraged by significantly larger state and private contributions. The bridge opened to the public in 2006, and has been recognized in numerous national publications.

This innovative project is on the cutting edge of contemporary urban planning. As dense urban areas struggle to find room for green space, planners in American cities are putting parks in the sky by incorporating green elements into transportation infrastructure, such as New York's High Line Park (on an abandoned elevated rail track) or Millennium Park in Chicago (on top of a parking garage).

The experience for users of the bridge stands in stark contrast to the fourteen lanes of highway traffic that rush beneath the bridge. Within the confines of the park space, the roar of the interstate is reduced to a distant hum. Pedestrian and bicycle travelers move at their own pace, while blooming trellises provide shade and beauty for those who make the bridge their destination.