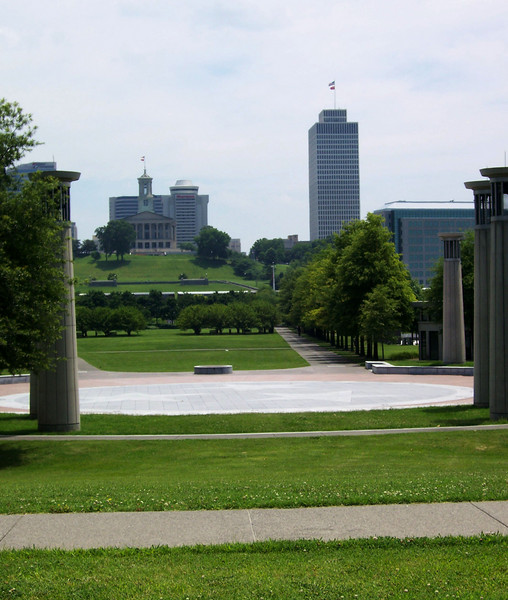 The Court of 3 Stars, at the northern end of the mall. The court is made of red, white and blue granite, which represent the three grand divisions of the state – East, Middle and West Tennessee. Surrounding the court is a 95-bell carillon representing Tennessee's musical heritage and the state’s 95 counties. A 96th bell, known as the answer bell, is located on the grounds of the State Capitol and rings in answer to the 95 bells, symbolizing government answering to the people.