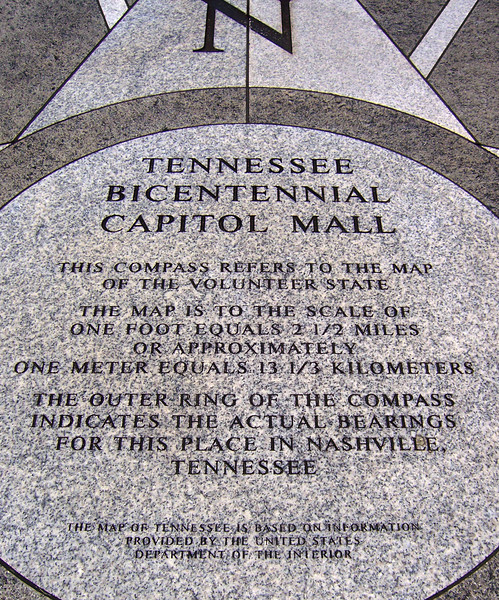 The Tennessee Map Plaza. The 200-foot granite map highlights the state’s major roads, 95 counties, rivers, interesting geographic formations and details of each county. The map is designed to scale -- 12 inches is equal to 2.5 miles.