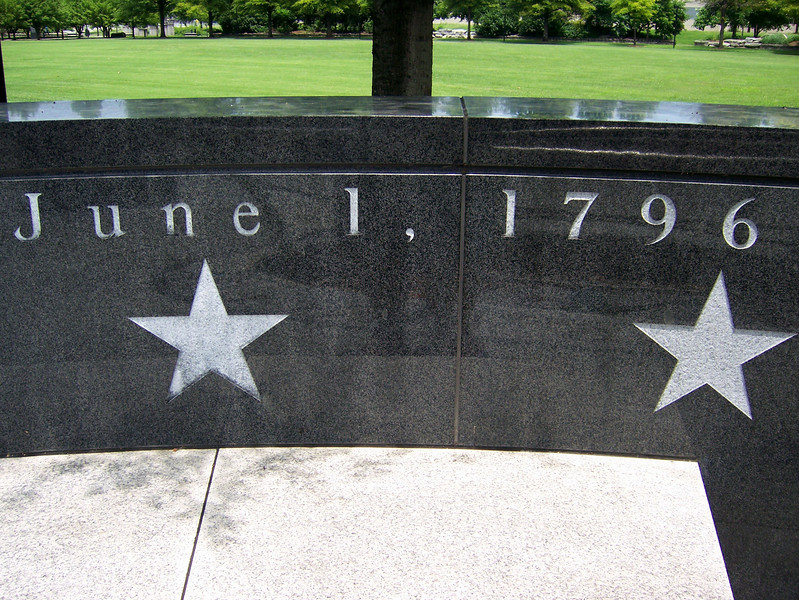 The date of Tennessee’s statehood marks the beginning of the Pathway of History, along the west side of the park. The 1,400-foot wall is engraved with historic events that occurred in the state’s first 200 years.